“I see them! Oh my god! They are absolutely amazing!” – these words said each of us on this trip, that is called swimming with whale sharks. This is one of the most popular tours in Cancun, Isla Mujeres and Isla Holbox. And the only months in a year you can do it is from May to September, because that’s when whale sharks are in this area.

As an underwater photographer I was invited by Christina Cindrich (“Global Passport”, “Private islands”, TV producer, host, actress and 3 times Emmy Award winner) to join her team  on this tour in August. We left from Cancun early in the morning at 6.30 am and arrived to some unmarked spot in the open sea around 7.30 am. The ride on a boat was a little bumpy, but it’s something that you expect when you are out there in the open sea. The captain with his crew easily found whale sharks and in ten minutes after the boat stopped, we were swimming with these giant sharks.

When you are out there in the open sea swimming with these gorgeous animals, you don’t think about all these biological facts and information. You are just focused on admiring their beauty and power. And in my case, I was also focused on taking photos of Christina while she was diving with whale sharks. Half an hour of staying underwater made me understand that I am just a tiny human being comparing to this underwater giant. While all of us were hectically moving around, whale sharks were gracefully swimming in their natural habitat, deep blue sea. It seems like nothing bothers them and everything in their life is in balance. Stunning and unforgettable view!

You are welcomed to view underwater photos with whale sharks that I did for Christina Cindrich and her TV project Global Passport. 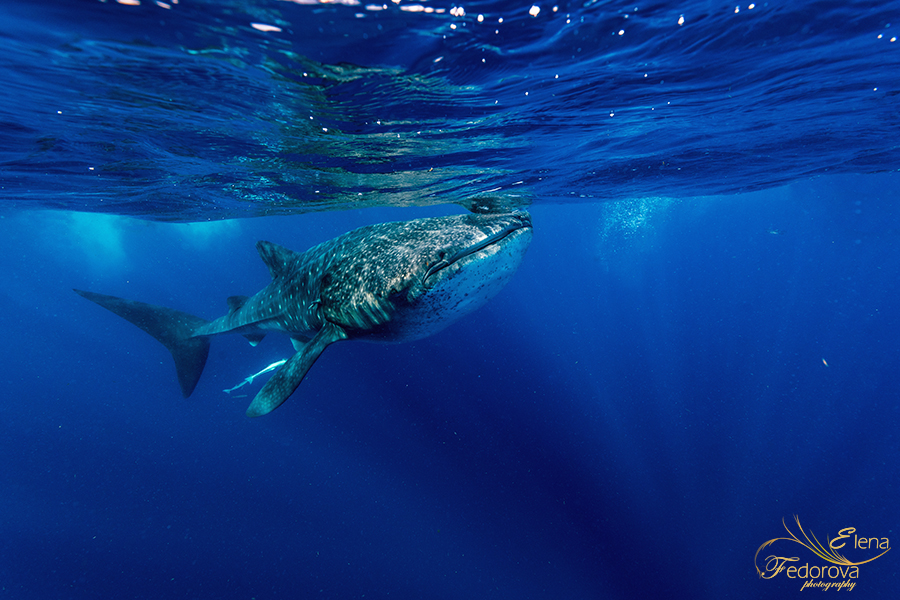 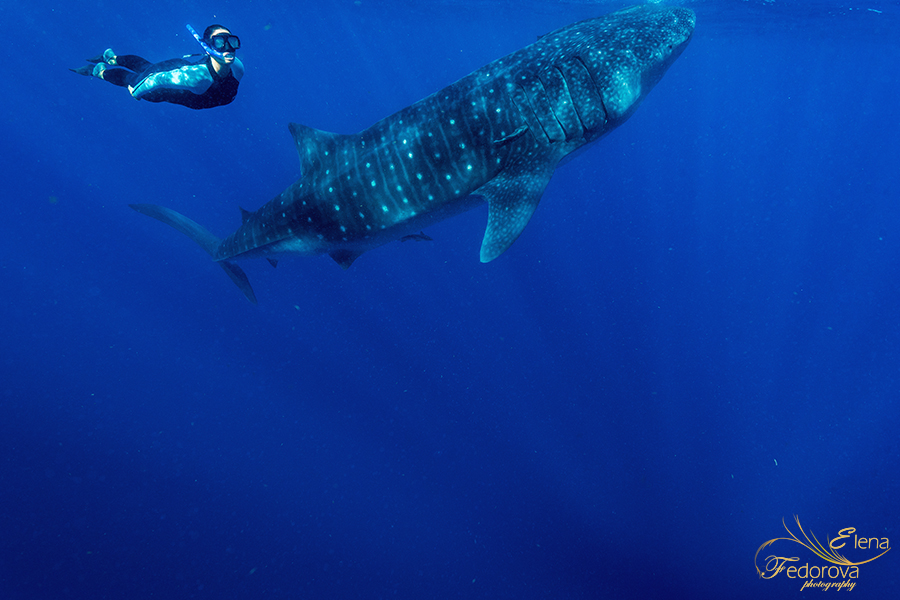 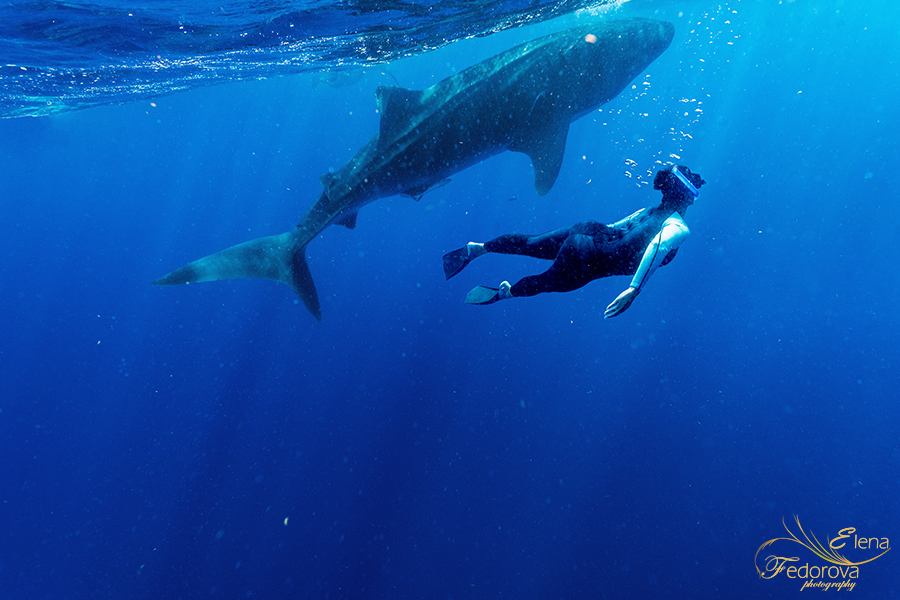 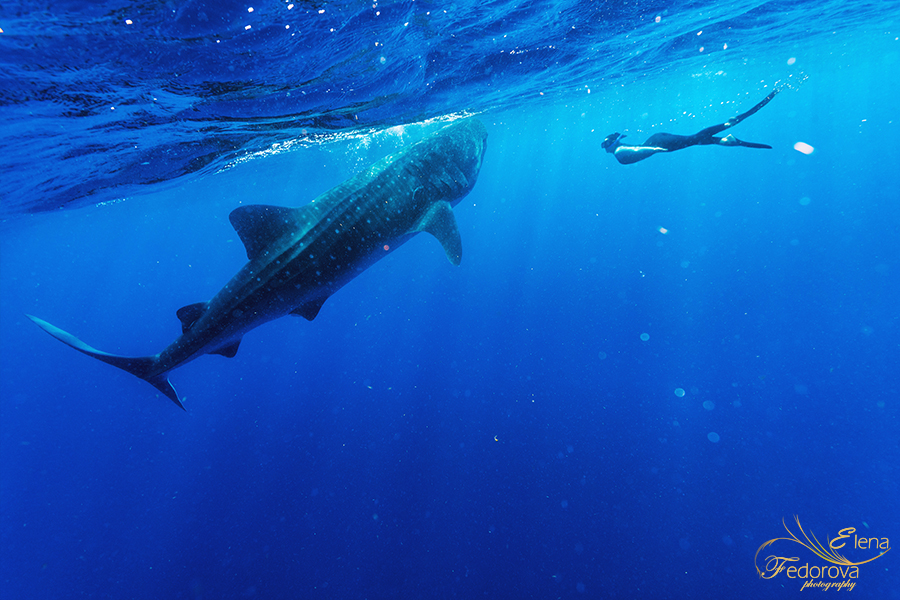 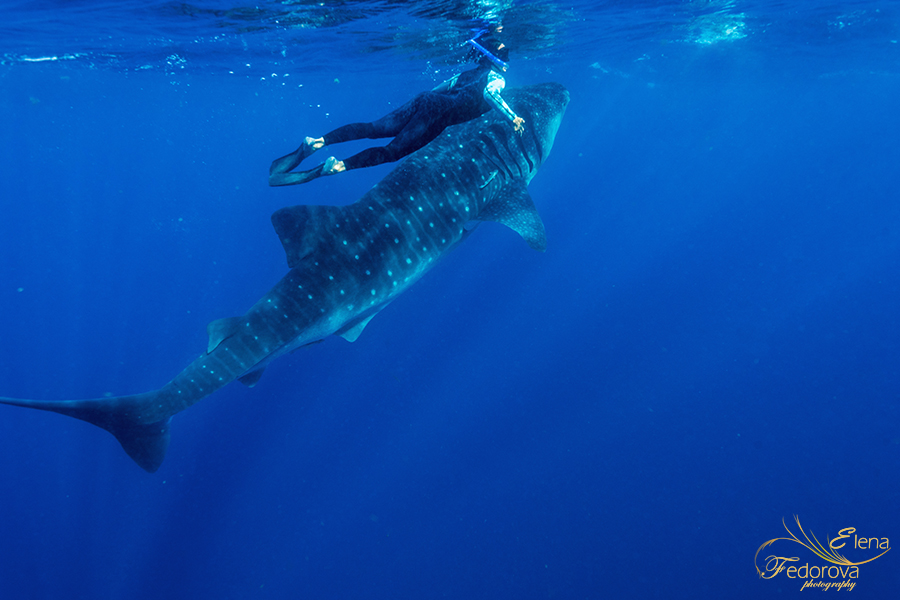 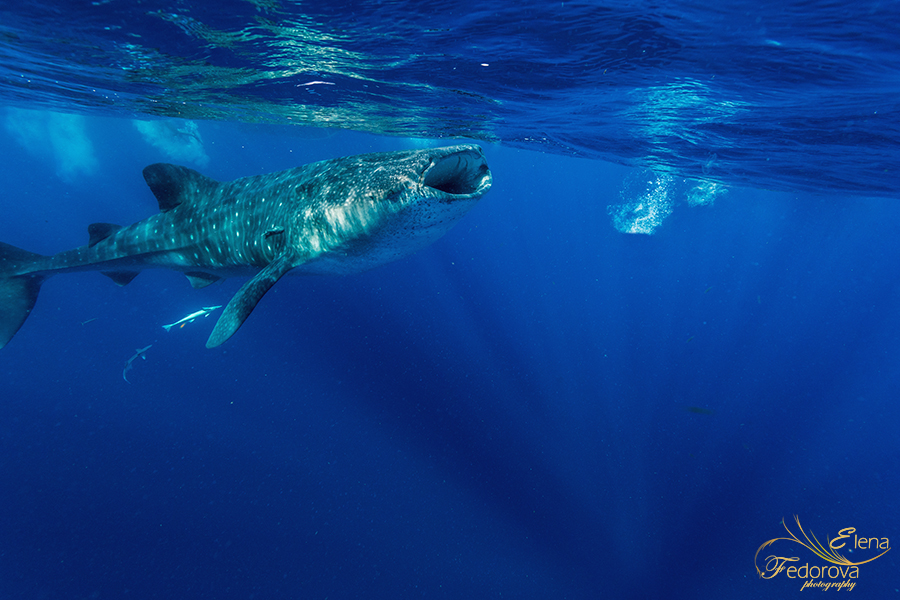 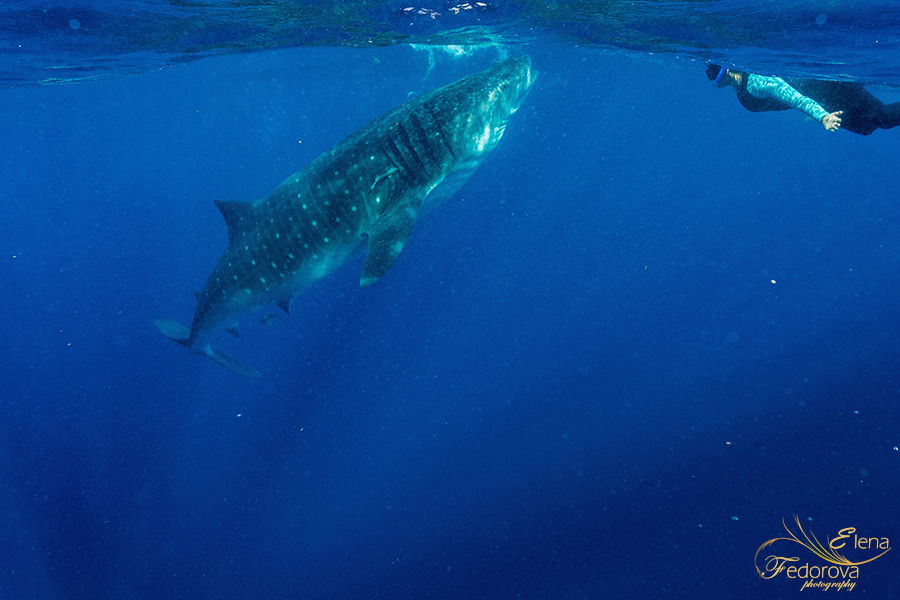 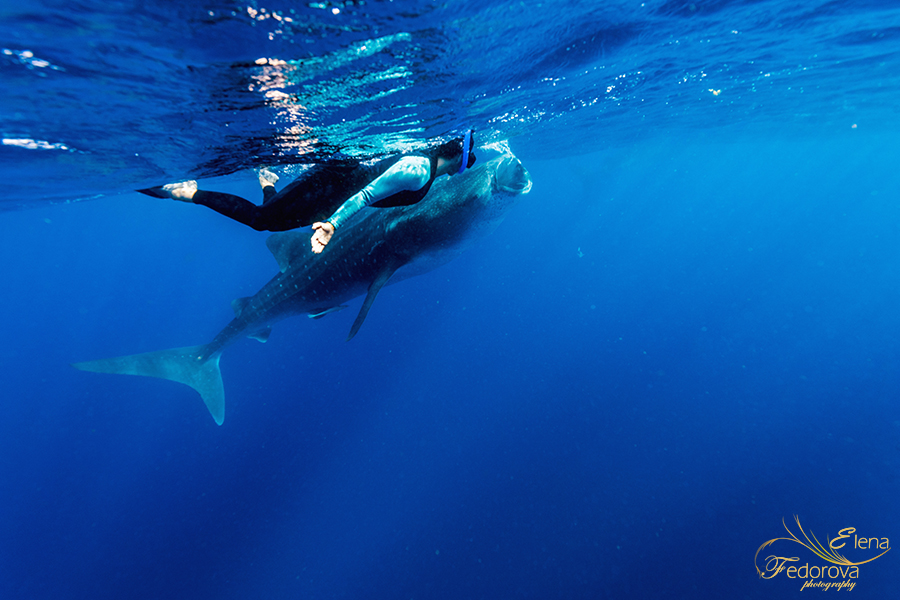 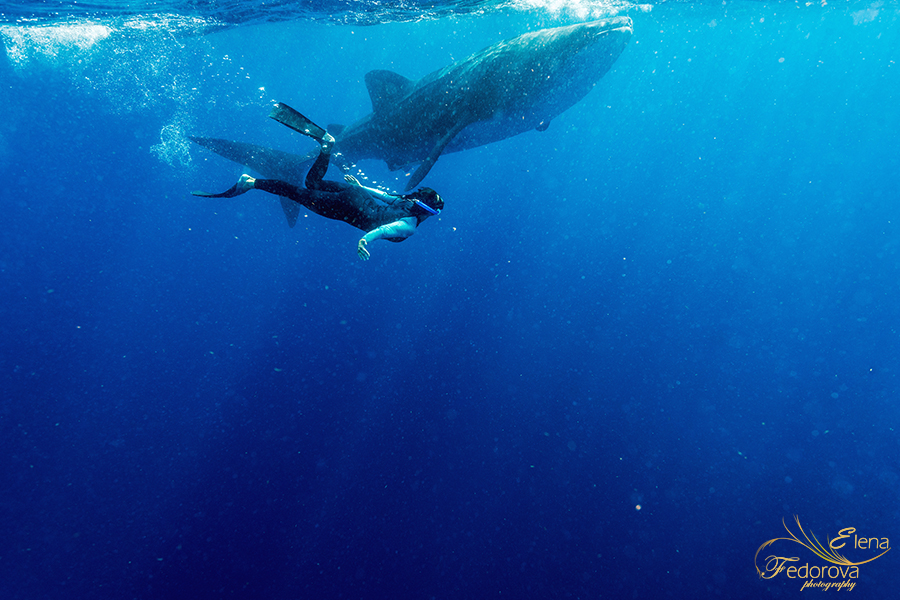 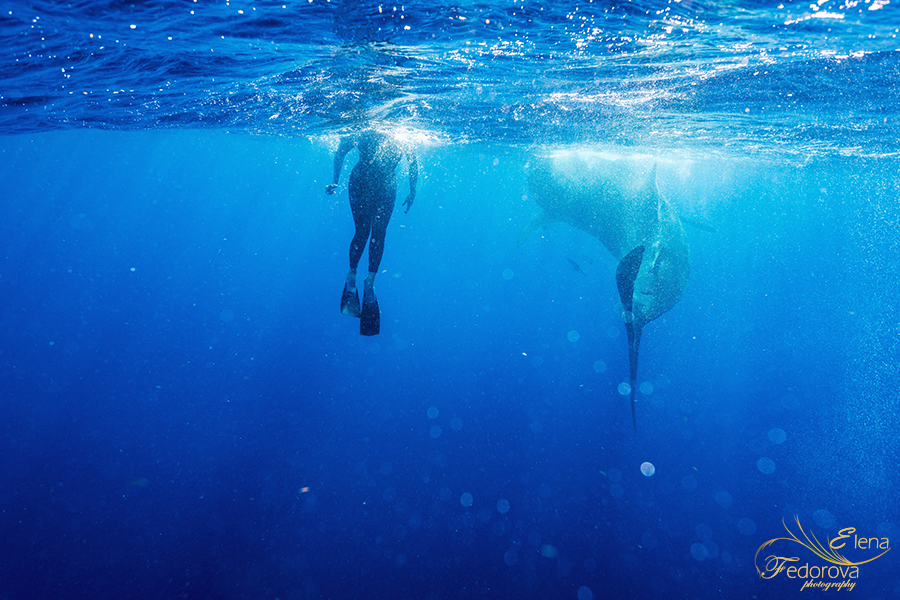